For Mother’s Day this year, I thought it would be fun to do something a little different for our family brunch. I got randomly inspired by Alice in Wonderland and created a themed brunch resembling the Mad Hatter’s Tea Party. 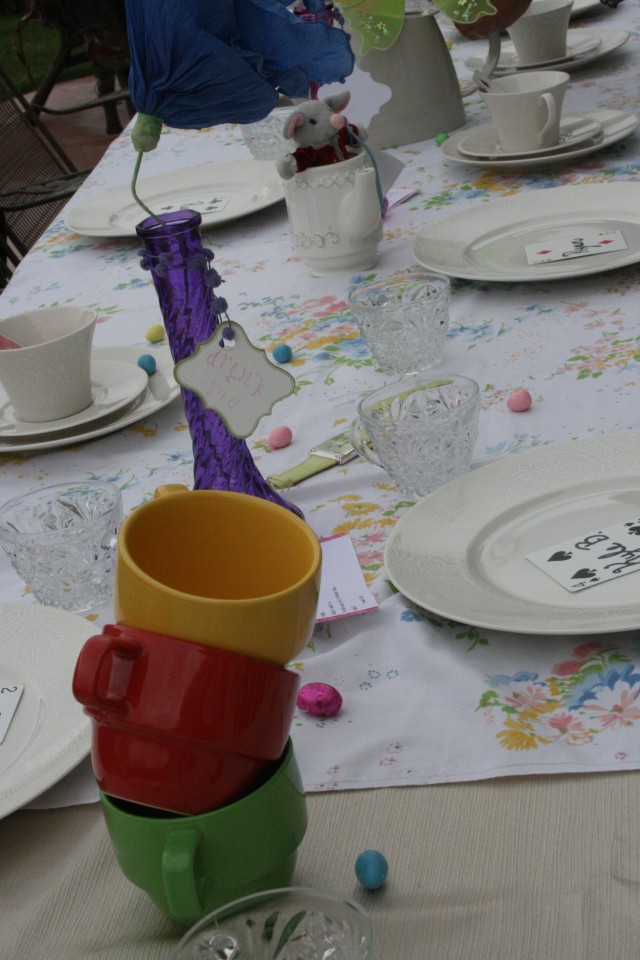 The table was decorated with 3 different colored table cloths. (Two of them were actually cool sheets that I found at a thrift store for $1 each.) I also found about 20 whimsical flowers at another thrift store for a total of $1. Lewis Carroll’s riddles were scattered around the table, and the dormouse was placed in his tea pot. Here was one of the riddles. Can you figure it out?

John gave his brother James a box:
About it there were many locks.

James woke and said it gave him pain;
So gave it back to John again.

The box was not with lid supplied,
Yet caused two lids to open wide;

And all these locks had never a key-
What kind of box, then, could it be?

I tried to make everything just a bit more peculiar – added pink dye and glitter to the eggs, sprinkles to the fruit dip, and made the rice krispies with strawberry flavored cereal.

The Ooey Gooey Breakfast Rolls  were the hit of the brunch!

The Poppy Seed Bread with Glaze was also incredible!

And it just wouldn’t be wonderland without a Curious Croquet Ground!

The “croquet set” was actually made by painting golf clubs and balls from the 99 cent store. It didn’t work like real croquet, and the balls never went where you wanted them to, but that just added to the magic of Wonderland!

Like Loading...
This entry was posted in Parties and Events and tagged alice, mad hatter, mother's day, tea party, wonderland. Bookmark the permalink.